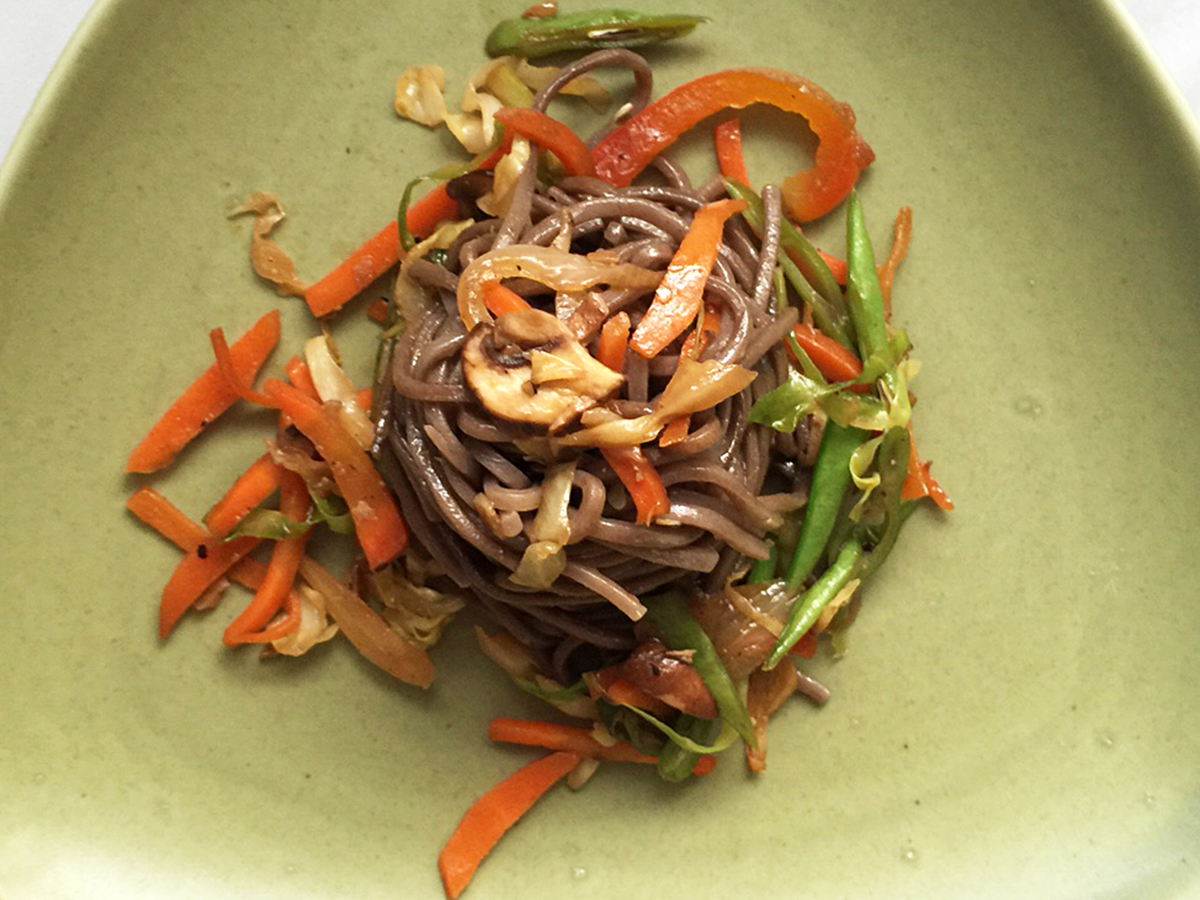 It’s the season of Lent and it’s a great time make meatless recipes. Let me introduce you to one of the healthiest noodles in the world… 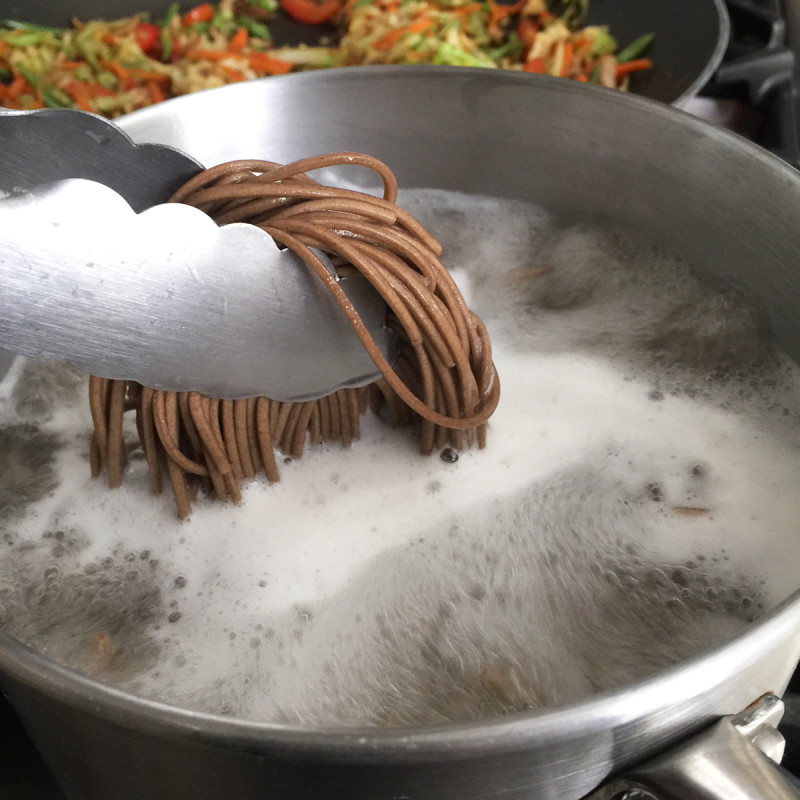 What It Is
Buckwheat or Japanese soba are made from a fruit grain.

Why You Need It
The nutrients in buckwheat noodles may contribute to blood sugar control (health benefits here).

What To Cook Now
Mein or mian is the Chinese word for noodles. There two popular “mein” dishes: Lo Mein which means “tossed noodles,” and chow mein or chao mian means “fried noodles.”

Even though lo mien is the healthier dish (the stir-fry technique used which is cooking with a small amount of oil in high heat help retain the heat sensitive nutrients), egg noodles and traditional pastas that are made from egg and flour are more simple carb, so they are broken down fairly quickly by the body, which can cause blood sugar spikes.

Replacing traditional pastas with buckwheat noodles is not only a healthier choice but also yummy!

You can have your lo mien and eat it too with this recipe: 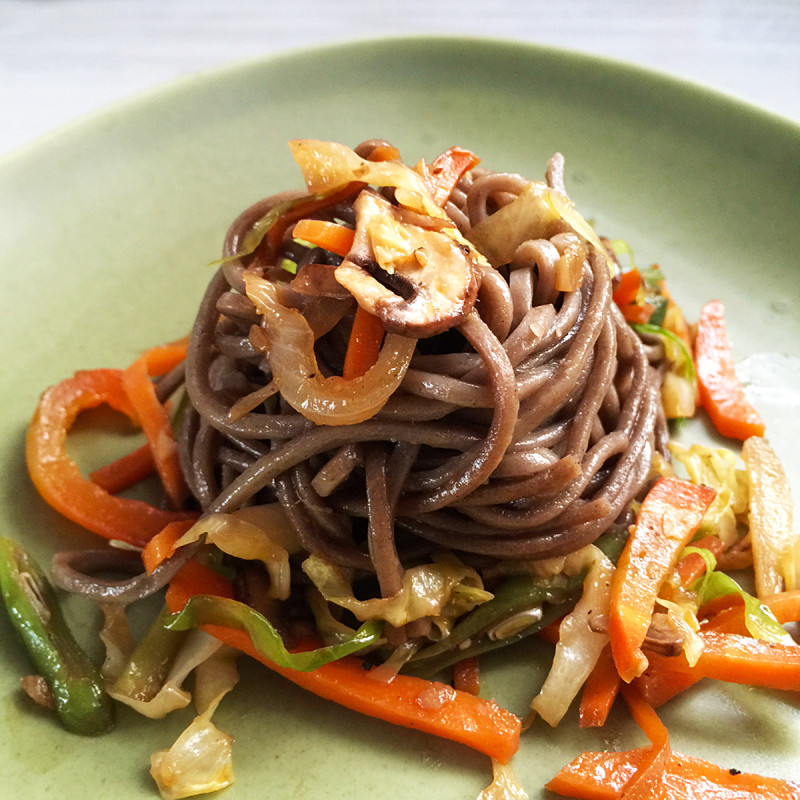 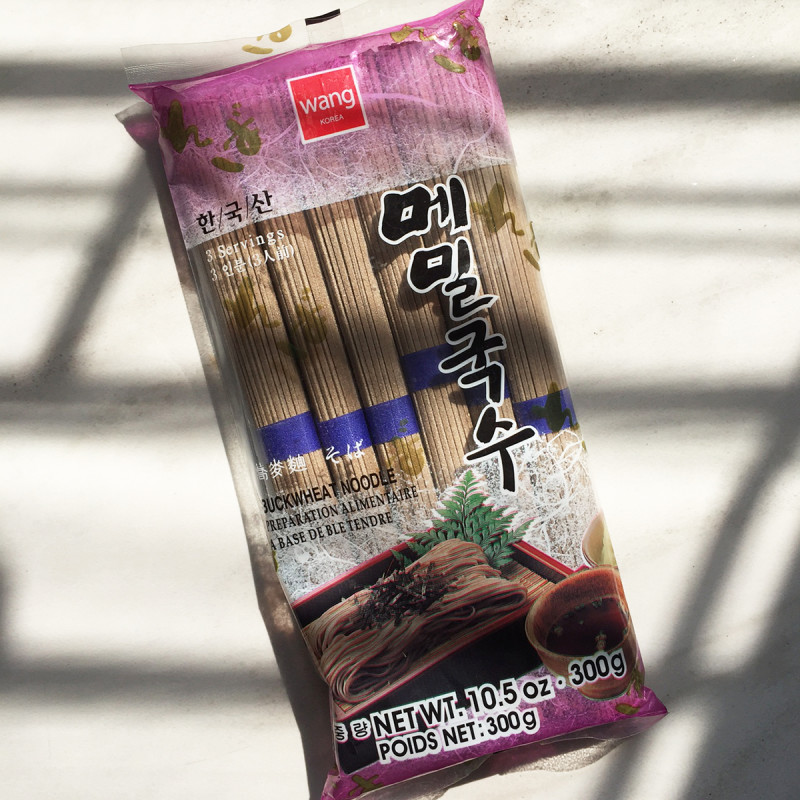 Buckwheat noodles are available in Japanese convenience stores, groceries (check out the pasta section or Japanese goods section) and some Japanese restaurants. 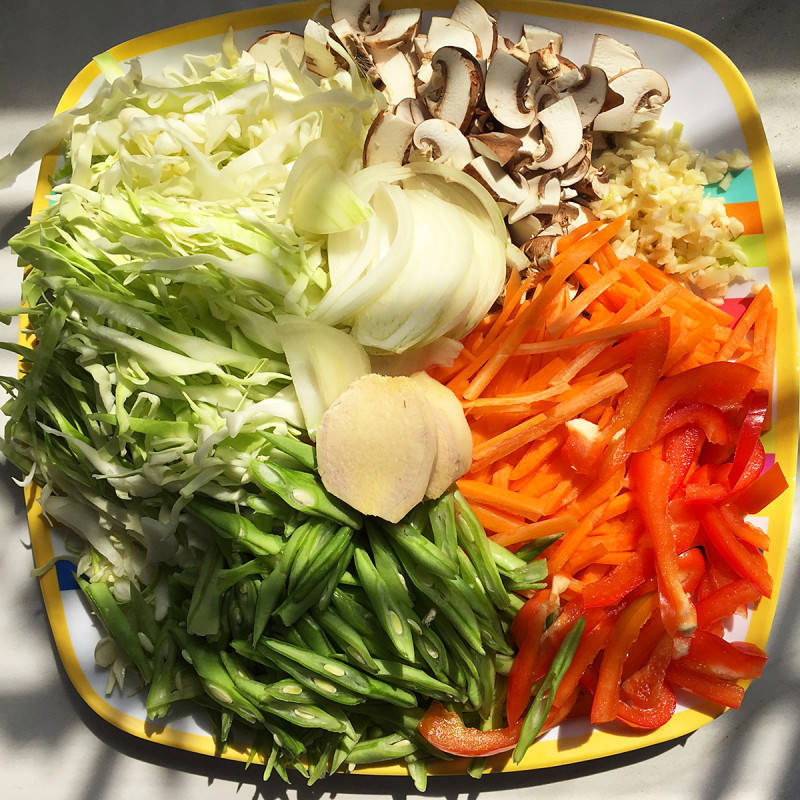 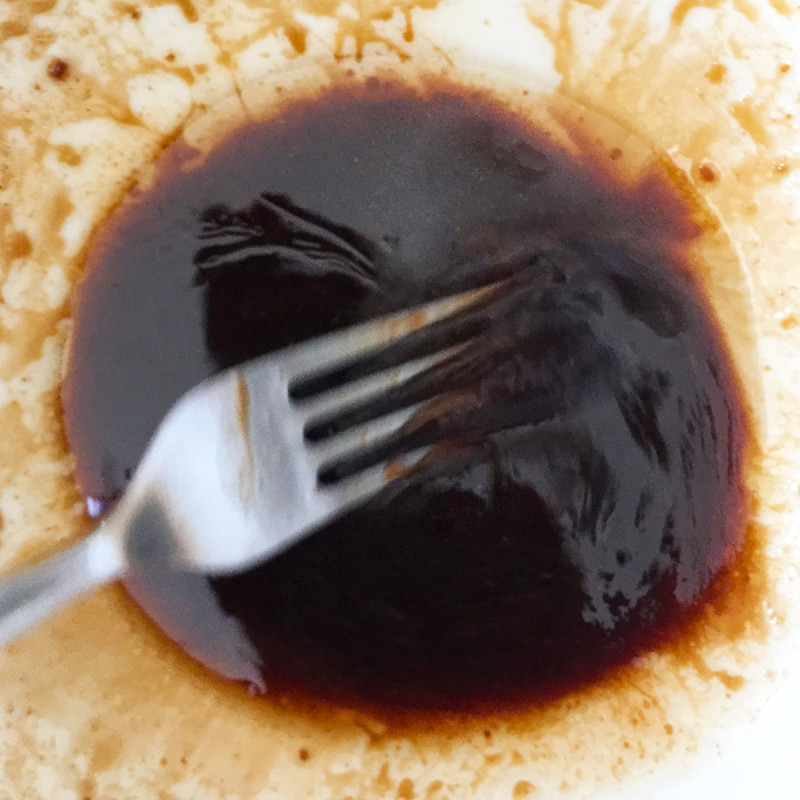 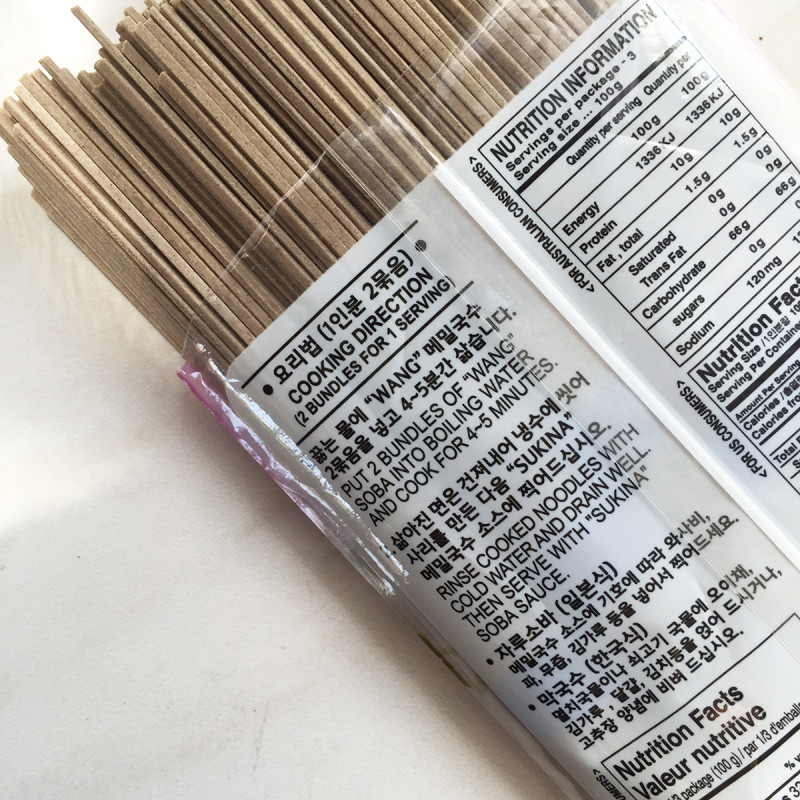 Step 2: In a large pot of boiling water, cook noodles according to package instructions; drain well. 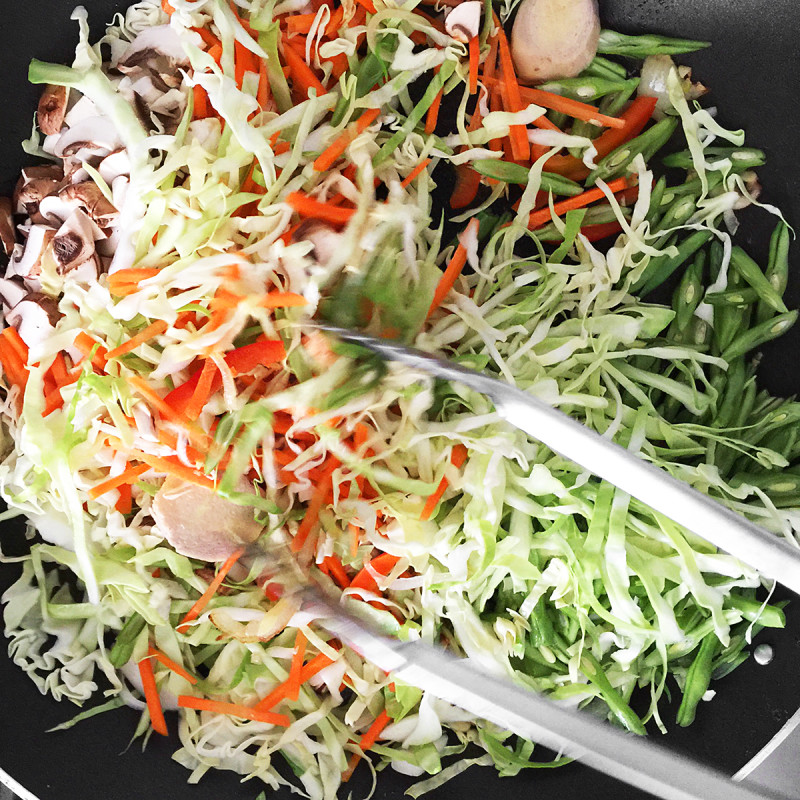 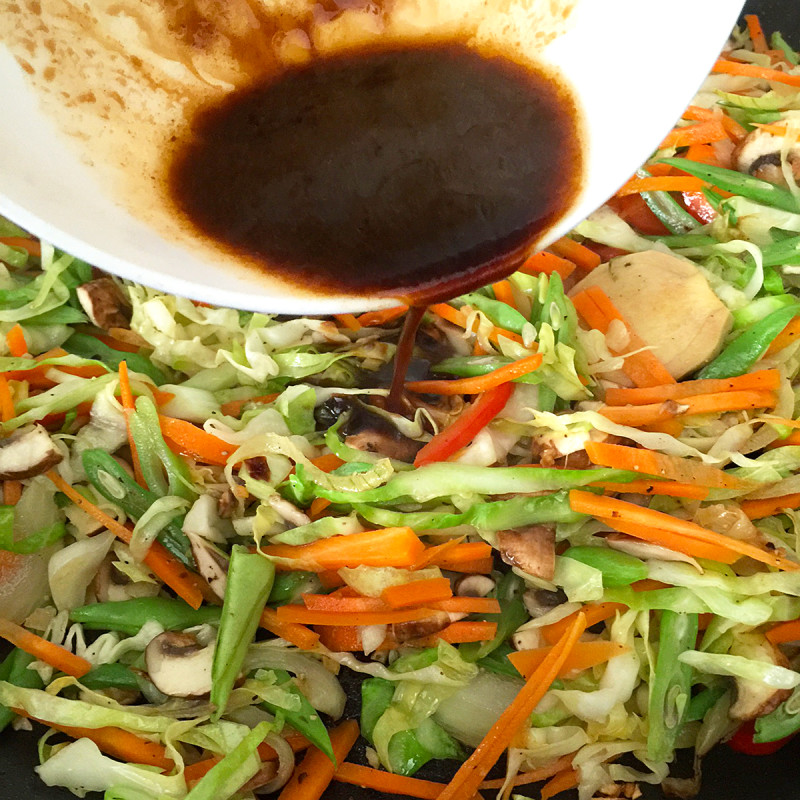 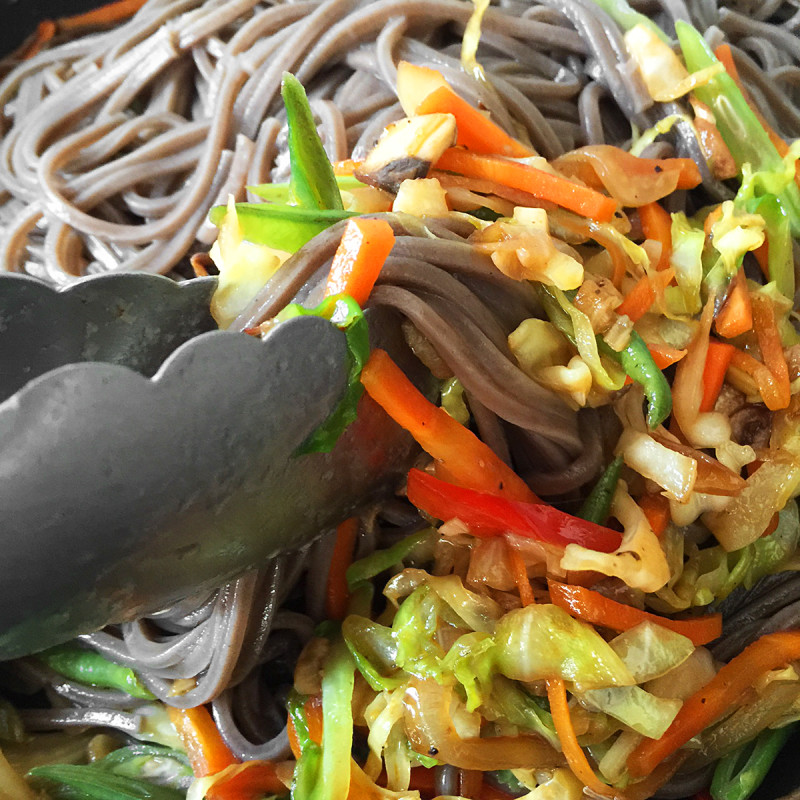 Step 4: Stir in egg (I skipped the egg  for this recipe) and soy sauce mixture, and gently toss to combine. 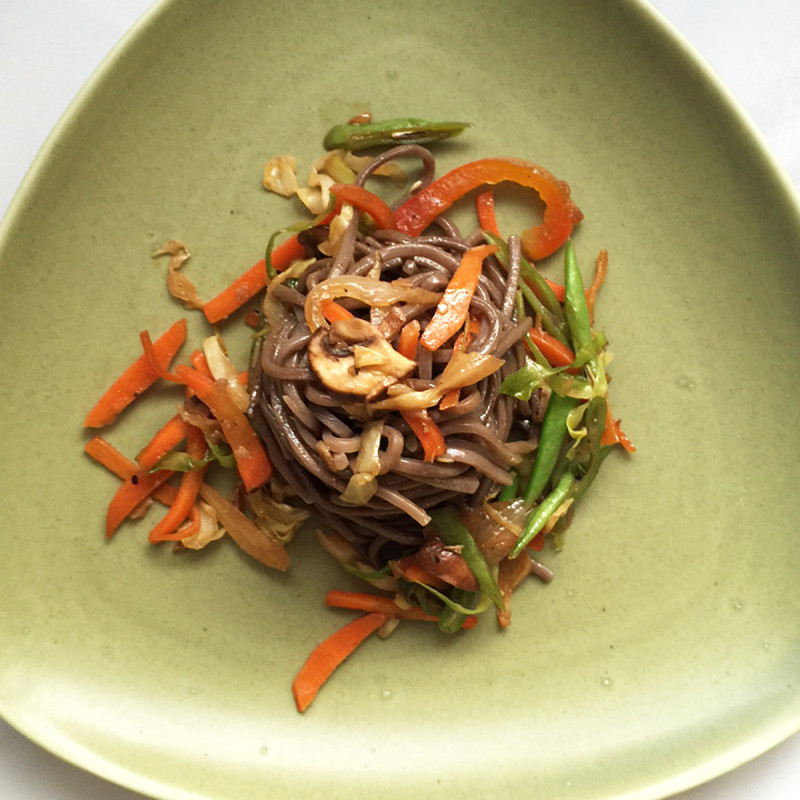 Warning: Even though buckwheat is a gluten-free grain the noodles are made by mixing wheat flour. So people with special dietary needs should be cautious while consuming them.