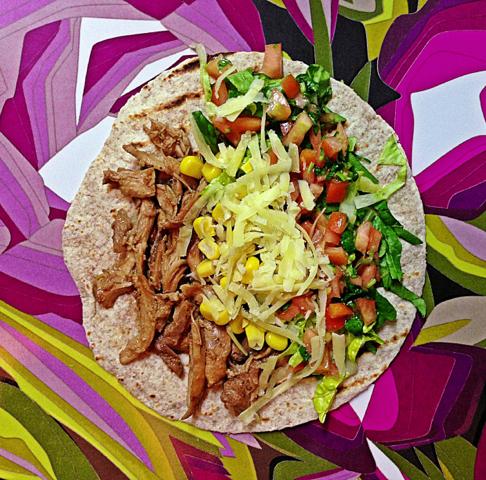 I believe in science. That’s why I Googled “scientific ways to lose weight” this morning, haha!

Some of the weight loss articles out there these days are getting a little nutty. New scientific studies that shed light on how metabolism works are wonderful and valuable in their own right, but when findings get morphed into magical new “tips” for losing weight, something’s amiss. Some recent pieces in prestigious journals, which have sought to dispel the myths of weight loss and of the individual diets themselves, suggest that the medical community is also getting tired of the hype and the unfounded assumptions that permeate the public discussion.

When it comes down to it, the things we know to be true about weight loss are relatively simple, and certainly few. They’re also extremely effective when actually carried out. So, from the researchers who have studied this stuff for decades, here’s pretty much everything we know about weight loss today, whittled down to six points about how the body actually gains, loses, and maintains its weight.

We hear a lot that a little exercise is the key to weight loss – that taking the stairs instead of the elevator will make a difference, for instance. But in fact it’s much more efficient to cut calories, says Samuel Klein, MD at Washington University’s School of Medicine. “Decreasing food intake is much more effective than increasing physical activity to achieve weight loss. If you want to achieve a 300 kcal energy deficit you can run in the park for 3 miles or not eat 2 ounces of potato chips.” It’s as simple as that. Some studies have borne out this dichotomy, pitting exercise against diet and finding that participants tend to lose more weight by dieting alone than by exercise alone. Of course, both together would be even better.

The problem is that when you rely on exercise alone, it often backfires, for a couple of reasons. This is partly because of exercise’s effects on the hunger and appetite hormones, which make you feel noticeably hungrier after exercise. “If you walk briskly for an hour and burn 400 kcal,” says Klein, “and then have a beer and a slice of pizza afterwards because the exercise made you feel hungry…you will eat more calories than you have burned.” It may not always be beer and pizza, but people do tend to naturally compensate for the calories they expend.

“This is an adaptive system,” adds David Allison, PhD. “For every action there’s a reaction; that’s a law of physics, not of biology, but it seems that it also works in biological systems. This is why we often overestimate quite radically an effect of a particular treatment.” He points out that public health campaigns that, for example, urge people to take the stairs instead of the elevator or go on a nightly stroll – or, for that matter, even eat fewer calories – are unlikely to work, since they may fail to take into account the body’s compensatory mechanisms that can totally counteract the effect.

The other problem with exercise-without-dieting is that it’s simply tiring, and again, the body will compensate. “If the exercise made you tired so that you become more sedentary the rest of the day, you might not experience any net negative energy,” says Klein. Some of the calories we burn come from our basic movements throughout the day – so if you’re wiped out after exercise, and more likely to sit on the couch afterwards, you’ve lost the energy deficit you gained from your jog.

2. Exercise can help fix a “broken” metabolism, especially during maintenance

“People used to come into the doctor’s office and say, ‘My metabolism is broken!’” says James Hill, PhD, at the University of Colorado. “We never had any evidence that it actually was, until recently. We were wrong – it was!” While exercise may not be as important for weight loss as calorie restriction, as Hill says, it’s important in another way: It begins to repair a broken metabolism.

“A lot of what we know in this area comes from NASA, of the bed-rest studies,” he says. “Within a couple of days of non-activity, the metabolism becomes inflexible. You start moving again, and it does start to change.” Your metabolism may not ever go back to “normal” (more on this below), but the evidence indicates that it can indeed pick up again, in large part through moving your body every day.

This is a large part of why exercise is critical in the maintenance phase, which is well known to be more difficult than the weight loss phase. Essentially, it buys us some wiggle room, says Michael Jensen, MD at the Mayo Clinic. “Exercise is very, very important for maintaining lost weight, and people who are not physically active are more likely to gain weight. We think it’s partly because in the extra calories burned from physical activity, you have a bit more flexibility in food intake, so you’re not so much relying on ridged changes in eating habits; it makes it more tolerable.”

3. You’re going to have to work harder than other people – possibly forever

Though exercise can help correct a metabolism that’s been out of whack for a long time, the grisly reality is that it may not ever go back to what it was before gained weight. So if you’ve been overweight or obese and you lose weight, maintaining that loss means you’re probably going to have to work harder than other people, maybe for good. “The sad thing,” says Hill, “is that once you’ve been obese or not moving for some time, it takes a little more exercise to maintain. It doesn’t come back to normal.” It’s not a pretty reality to face, but coming to grips with it is important, he says, so that you won’t get frustrated when you discover that you have to do more work over the long term than your friend who was never overweight.

Building muscle can help your body burn a few more calories throughout the day, but it’s also likely that you’ll have to work harder aerobically in the long run. “It’s not fair, but that’s the way it is,” adds Hill. “Once you understand it, though, you know it and it’s better. Because you can work with it.”

4. There’s no magical combination of foods

We often think that if we can just discover the “right” combination of foods, we’ll magically lose weight or maintain what we’ve lost. There are low-fat diets, low-carb diets, low glycemic diets, Paleo diets, and a lot of iterations of all of these. Jensen points out that in fact there doesn’t seem to be any “right” diet, and there doesn’t seem to be any evidence that one particular diet will work better with an individual’s specific metabolism. “The big myth out there,” he says, “is that there’s a magical combination of foods – be it protein, vegetarian, and what have you – that’s going to be unique because of its unique interaction with your metabolism. We know pretty much that any diet will help you lose weight if you follow it. There’s no magic diet. The truth is that ALL Diets will work if you follow them.”

And for energy balance, it’s the number of calories that matters. Weight loss on the Twinkie Diet proves this principle: Last year, Mark Haub at Kansas State University lost 27 pounds eating junk food. And this is pretty good proof of concept, says Yale University’s David Katz, MD, who has written extensively on the futility of the “is a calorie a calorie?” debate.

It’s certainly true – at least in theory and sometimes in practice – that all calories are created equal. “From the standpoint of body weight,” adds Marion Nestle, PhD, of NYU, “a calorie is a calorie no matter what it comes from. You can gain weight eating too much healthy food as well as unhealthy. From the standpoint of health, it’s better to eat your veggies…. It’s just a lot easier to overeat calories from junk food than healthy food. But it can be done.”

But the source of calories obviously matters for other reasons. One, says Katz, is that “the quality of calories is a major determinant of the quantity we ingest under real world conditions.” First of all, no one overeats veggies, so on a practical level, that’s a non-issue. “But where the calories come from does matter in that they influence satiety,” he adds, and this is partly psychology and partly biology. In fact, the food industry has carved out a whole new area of food science to study the “bliss point,” in which foods are created to increase the amount it takes to feel satiated and full. On one hand, says Katz, “we have the ‘bliss point’ science to tell us that the food industry can process foods to increase the calories it takes to reach satisfaction. We have the reciprocal body of work, including the Harvard study of the ONQI, showing that ‘more nutritious’ means, among other things, the opportunity to fill up on fewer calories.”

It’s true that types of foods you eat may, over time, affect your metabolic profile, so they may also matter in this way, but when it boils down, sticking to any reduced-calorie diet will create the energy deficit needed to lose weight. So the point is not to question what a calorie is, but rather to understand that we need to “trade up” our foods, says Katz – exchange the very dense, calorie-packed foods for foods that are less calorie-dense and more nutritionally dense: these are the ones that are bulkier, less energetically rich, have more or higher quality protein, are lower on the glycemic index, and more fibrous.

6. It’s all about the brain

As my colleagues have reported (here and here), when it comes down to it, it’s not the body or the metabolism that are actually creating overweight or obesity – it’s the brain. We all know intuitively that poor decisions are what make you gain weight and better ones are what make you lose it. The problem is that over time, the poor decisions lead to significant changes in how the brain governs – and, amazingly, responds to – the hunger and satiation processes. Years of any kind of behavior pattern lay down neural tracks, and overeating is no exception.

The good news is that there’s increasing evidence that the brain can, in large part, “fix” itself once new behavior patterns emerge (i.e., calorie restriction, healthy food choices, and exercise). While there may be some degree of “damage” to the brain, particularly in how hunger and satiety hormones function, it can correct itself to a large degree over time. The key is that the process does take time, and like any other behavior change, is ultimately a practice. “We want to change behavior here,” says Hill. “Anyone that tells you it’s going to happen in 12 weeks, that’s bogus. We’re trying to rewire the brain. Neurobiology has told us so much about what’s going on in weight gain and weight loss. It takes a long time to develop new habits, rituals, routines. This takes months and years. But it will happen.”

So boiling it down even further: reduce calories, eat better, exercise, and most of all, remember it is a practice that has to be repeated over time – months or years. The fact that you’ll have to work harder at maintenance than your never-overweight best friend is depressing, but it’s worth coming to terms with. And, most important to remember, your brain (the organ behind all this, after all) is plastic, and it will respond to the changes you make – better than you think. And so will your body.

In a nutshell: Eat less, healthy & a well-balanced diet and do some regular exercises to keep the weight off.