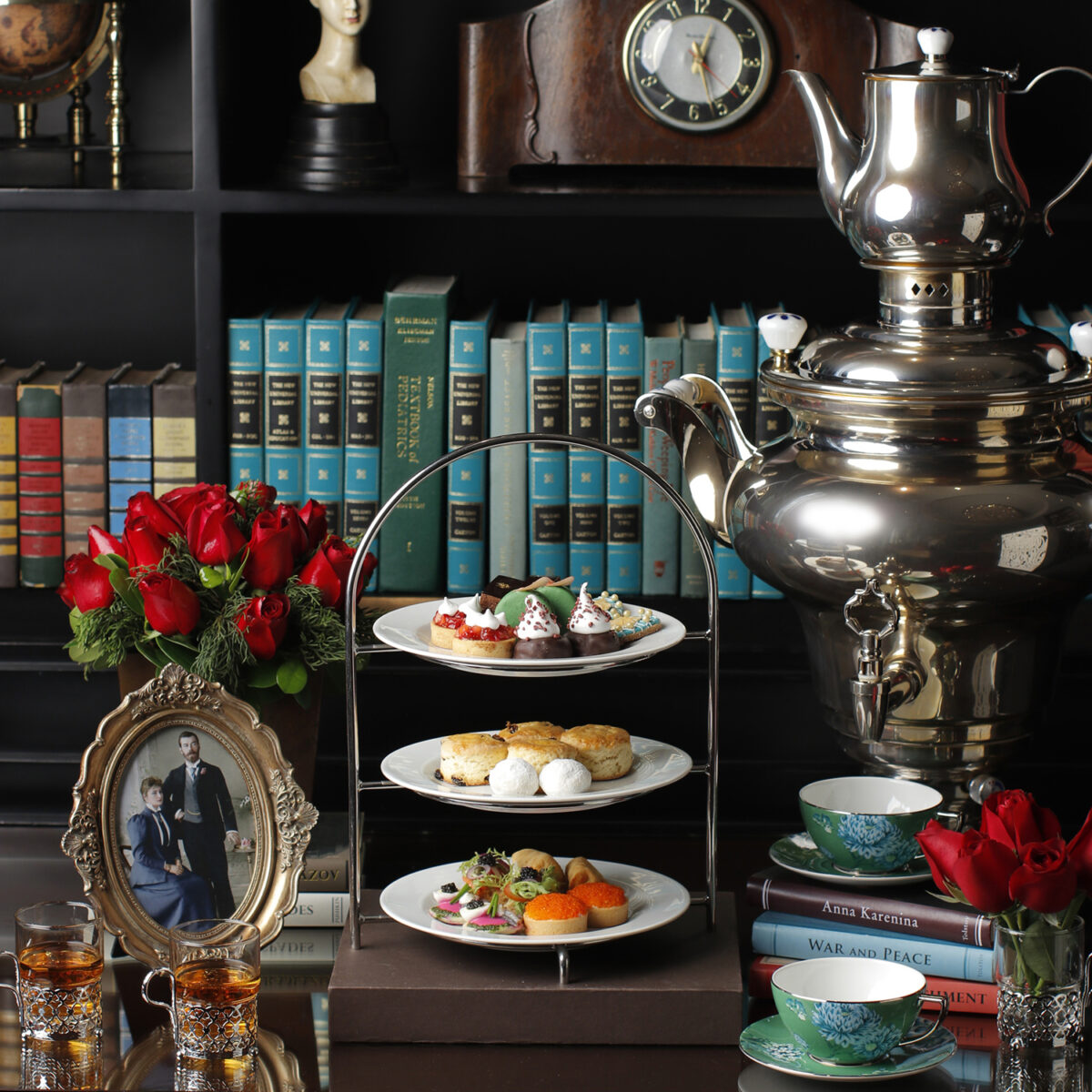 If you’ve been an avid reader of my blog you know that my daughter Aryanna and I have been bonding over tea and treats since she was 12 years old! Now that she’s 21, we still go out for tea time and this time we had a Russian Tea Party at the Raffles Makati.

Following its successful Queen Victoria Afternoon Tea, Raffles Makati launches the third in its Royal Afternoon Tea series created after the grand lifestyles of Russian dynasties of the past. 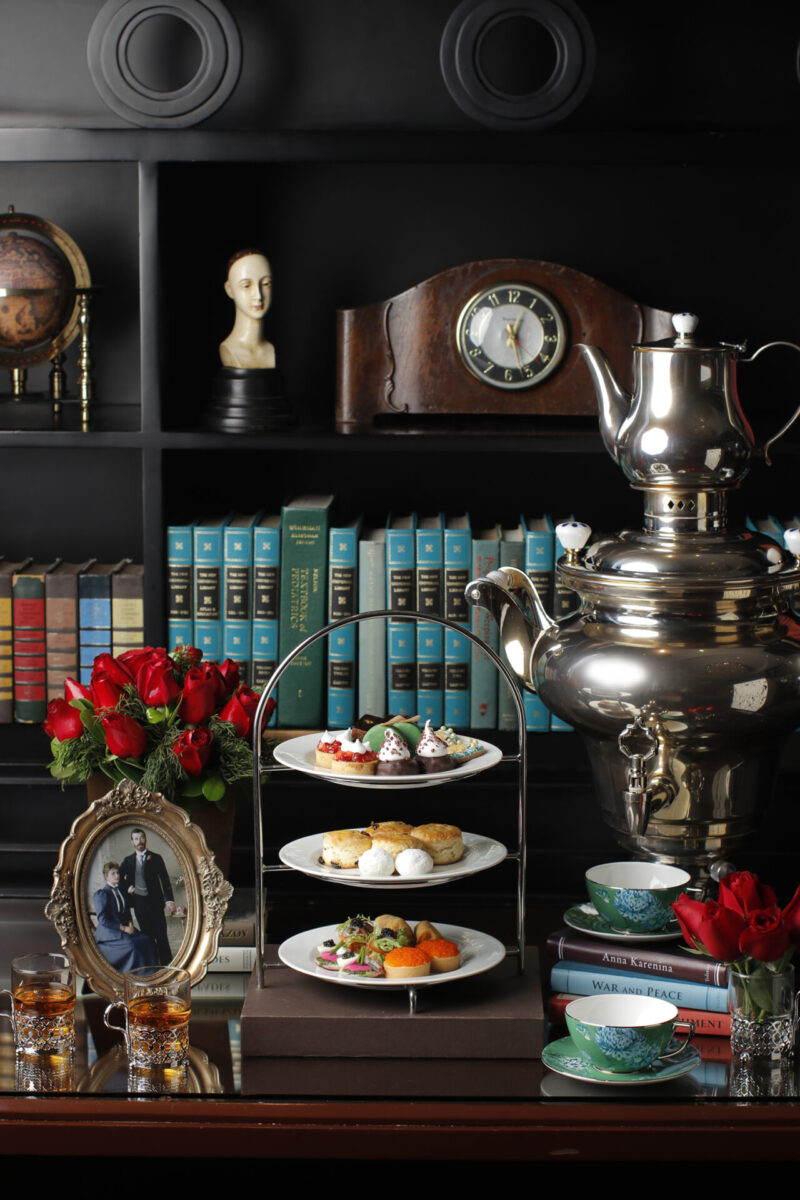 Did you know? A samovar is a device traditionally used to heat and boil water for tea. The word samovar in Russian is derived from “сам” meaning self and “варить” meaning to boil. Russian people believed that the samovar has a soul. This belief was mainly based on the fact that samovars were producing different sounds when being heated with fuel. The shape of the samovar’s body accounts for amazing acoustics and water makes peculiar noises when it is being brought to the boil. It was common to say that “a samovar is singing.”

Delight in a Chocolate Korolevsky, also known as the King’s Cake. The layered cake is traditionally made in the imperial cities of Russia and eaten by the aristocracy. Other delicious pastries namely: the Zefir Strawberry Tart, which is filled with sliced and whipped Strawberry pureé in gelatin; Moloko Pitchye, a marshmallow-like candy coated in soft chocolate; honey and roasted apple macarons; Russian tea cakes; and sugar cookies fashioned after the iconic Fabergé egg, make-up the quaint afternoon tea. Savoury Russian delicacies are also served such as: the well-loved Pirozhki or “small pie”; Capelin Fish Roe with cream cheese, boiled egg, and lemon in a tart; classic Pickled Herring Blini with beet puree, horseradish cream, quail egg, and caviar; and a Kanapki, an open sandwich with Smoked Salmon, Salmon Roe, herbed sour cream, Frisée, pickles, and dill. Traditional cranberry and orange flavoured scones can also be enjoyed with its perfect accompaniment-a selection of strawberry jam, clotted cream, and lemon curd. To complement the Imperial Afternoon Tea, have a sip of a Russian Caravan blend or select teas, which is offered as part of the Imperial Afternoon Tea menu. 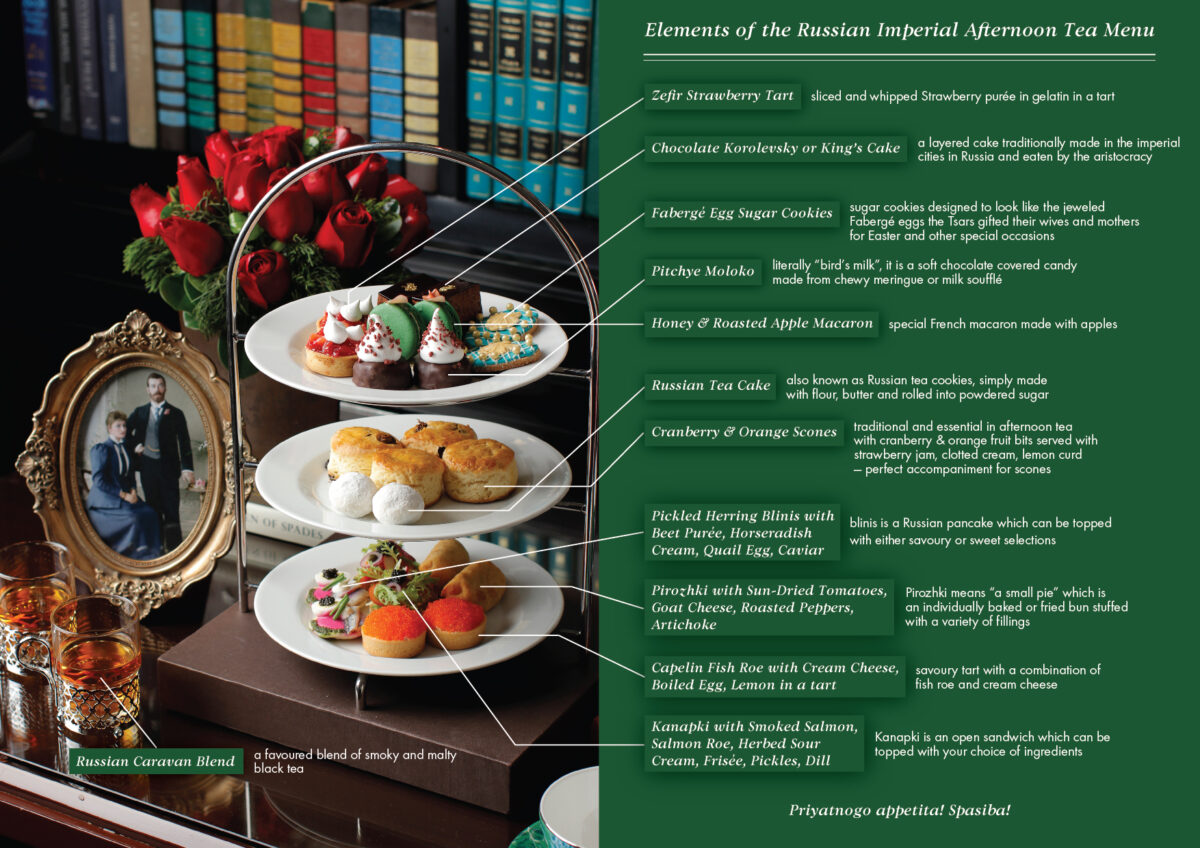 Iconic queensware brand Wedgwood, which has graced the tables of royal families, will also have a display of its Jasper Conran collection at the Writers Bar. 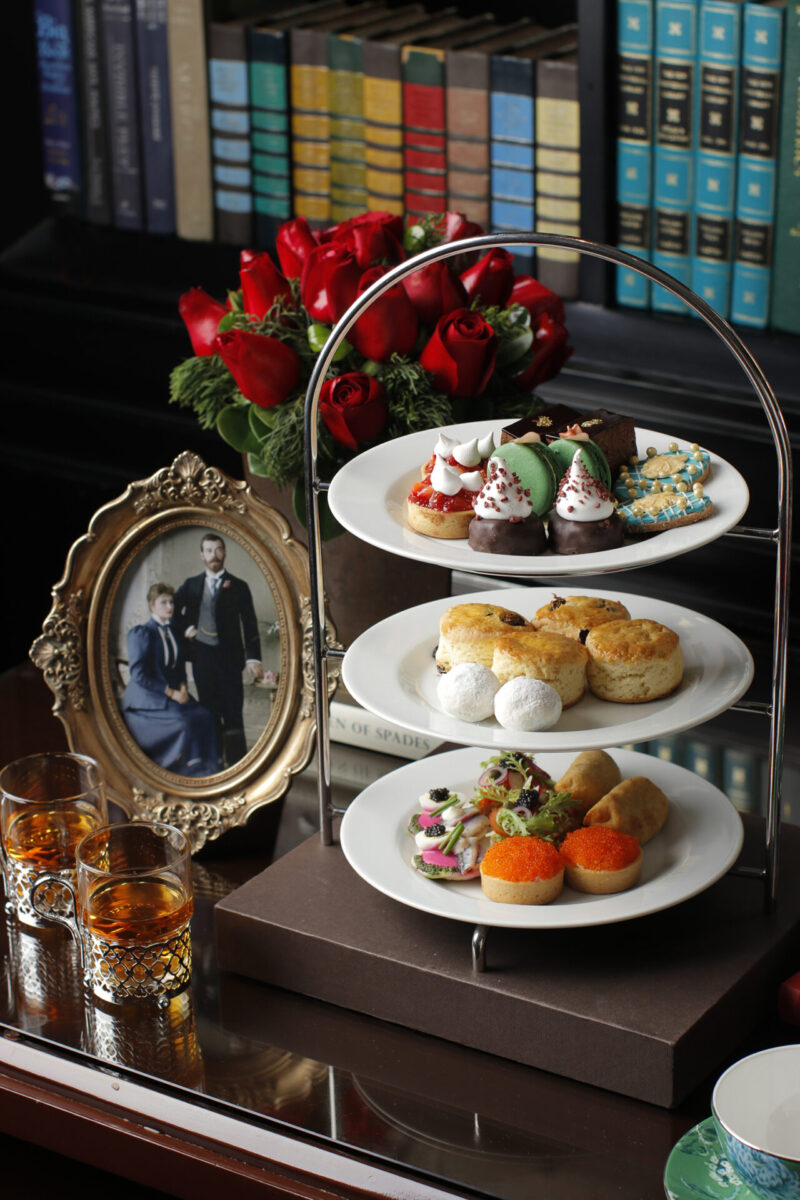 Tea aficionados can also take a journey back in time with Ms. Sheryl Ebon, a certified Tea Sommelier and founder of a local tea brand Teavolution® Manila. From 3:30 p.m. to 5:00 p.m., bask in a rich session covering history, art & ceremony, culture, and basic knowledge on how to make the perfect cup of tea.  A segue into the specificity of Russian tea tradition follows, while complemented by a tea tasting of the world famous Russian Caravan black tea blend. The blend was inspired by the tea camel caravans traveling to Russia in the 19th century.  Afternoon Tea lovers are invited to join in on February 28, March 28, and April 25 at PHP 2,650 for two.

Book your tea time with friends or family now!

Offered starting February 1 until April 30, the Imperial Afternoon Tea features a three-tier assembly of Russian-inspired savoury and sweet bite-sized delights, delicately prepared by the hotel’s master chefs. Indulge in this delectable collection at PHP 1,150 for two, which can be enjoyed daily from 2:30 p.m. to 5:30 p.m..

Prices are subject to 10% service charge and applicable government charges. For more information and to make a reservation, please call Restaurant Reservations at 795.1840 or email dining.makati@raffles.com.