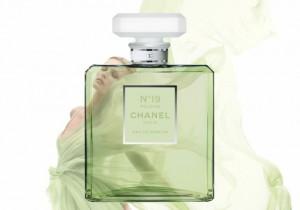 But then again, she really is close to my heart! Coco Chanel is one of my biggest style icons. If I had a peso for every time I had quoted her to others and to myself, I would be a very wealthy woman.

So it’s no surprise that I read on inspired and giddy as a schoolgirl, being the Coco groupie that I am, when news broke out that Chanel No. 19 has been released!

Chanel No. 19 is a tribute to the day that marked the birth of one of the fashion world’s most celebrated names. Gabriele “Coco” Chanel was born on the 19th of August 1883 (yay for Virgos). More than two centuries later, to present day, we still feel her influence in our way of living. It’s only right to pay homage to such an amazing woman! Of all the famous scents designed by Chanel, No. 19, her last creation made in 1970, was the fragrance that she labeled her signature scent – bold and distinct yet uniquely feminine! It was launched last August 19, 2011, 40 years from the time of creation. Isn’t that just awe-inspiring?

Channel your inner Chanel with a bottle of No. 19! I know I will!