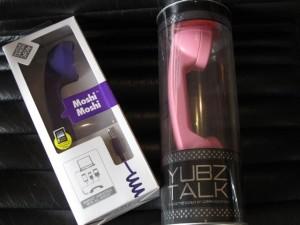 According to CNET, a cellphone’s SAR, or its Specific Absorption Rate, is a measure of the amount of radio frequency (RF) energy absorbed by the body when using the handset. All cell phones emit RF energy and the SAR varies by handset model.

If you’re concerned about limiting your SAR exposure, you can take a few easy steps:
* You can text instead placing a voice call, use a speakerphone or headset whenever possible
Carry your phone at least 1 inch from your body (making sure the antenna is facing away from you).
* If you’re pregnant, you should avoid carrying a phone next to your abdomen. Some researchers also caution against using your phone in areas with a weak signal since phones emit more electro-magnetic radiation during those times.
* Children, who have smaller and thinner skulls, should limit cell phone use, and people of any age should not sleep with an active phone next to the bedside or under the pillow.

Does it seem a bit O.A.? Well, better safe than sorry, I say!

If you’re paranoid about SAR radiation here’s another fun and quirky solution:

Moshi Moshi and YBZ Talk retro phones are designed to transform any type of smart-phone/ mobile-phone into a comfortable and convenient conversation device.

The YUBZ Talk pink phone was a gift that I got three years ago! I totally forgot about it (note to self: MUST. GET. ORGANIZED.) I love the color but the jack of the phone is not compatible anymore to the new phones. I wonder if I can get an adaptor for it.

Moshi Moshi is the newest handset in the market. The retro handset is compatible with all 3.5mm jack phones and computers, including the iPhone, BlackBerry, MacBook and iPad. When fitted with the proper adaptor (sold separately) it is compatible with all mobile phones and computers for VOIP computer telephone calls, including Skype and Google Talk.

What do these puppy do? All you need to do is plug in your iPhone or iPad into this handset through a 3.5mm jack (YUBZ Talk has a smaller jack, not suitable for the new phones), and you’re good to start yakking and catching up with old times over the phone. Heck, it can also be used in conjunction with Skype and iChat, and on the bright side, your head won’t be bombarded with mobile microwaves.

If you happen to see me around the metro talking through a handset, don’t be alarmed! I’m just careful about SAR radiation! LOL

Moshi Moshi is available at Dimensione