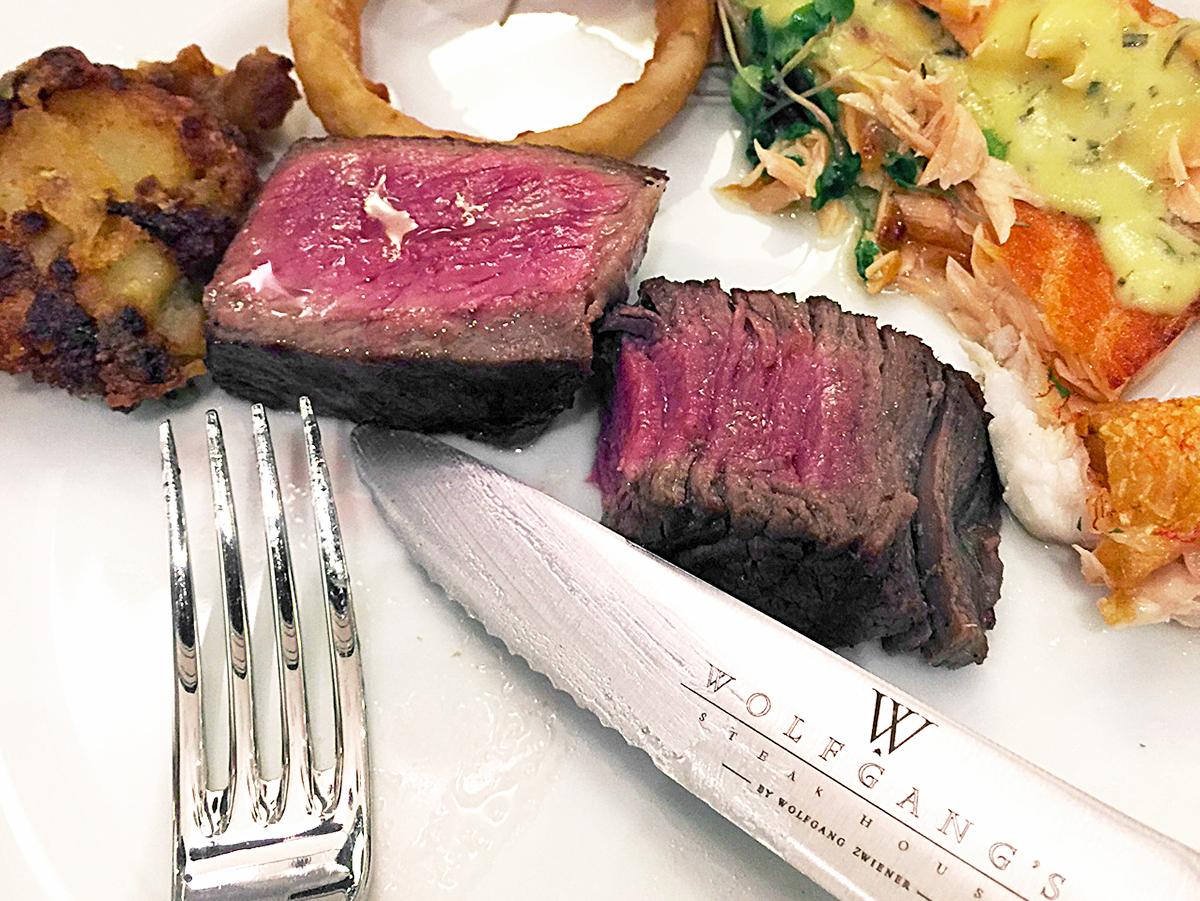 Time flies when one is busy. Can you believe that it’s almost the weekend?!!

I’m constantly balancing time for family, friends and time for myself. This year is starting out to be amazing for me. I finally found my pace after all these years. I don’t feel as anxious as before but I still get excited when it comes to blogging. My insatiable appetite for sharing great finds, life hacks and snippets of my life is stronger than ever. Isn’t it obvious? I’ve been blogging regularly. That being said, check out my top favorites this week:

I’m obsessed with this bath oil. I put a generous amount in the bath tub (if you don’t have a tub, you can use it for your next hotel staycation for bubble bath time). The smell is so relaxing. 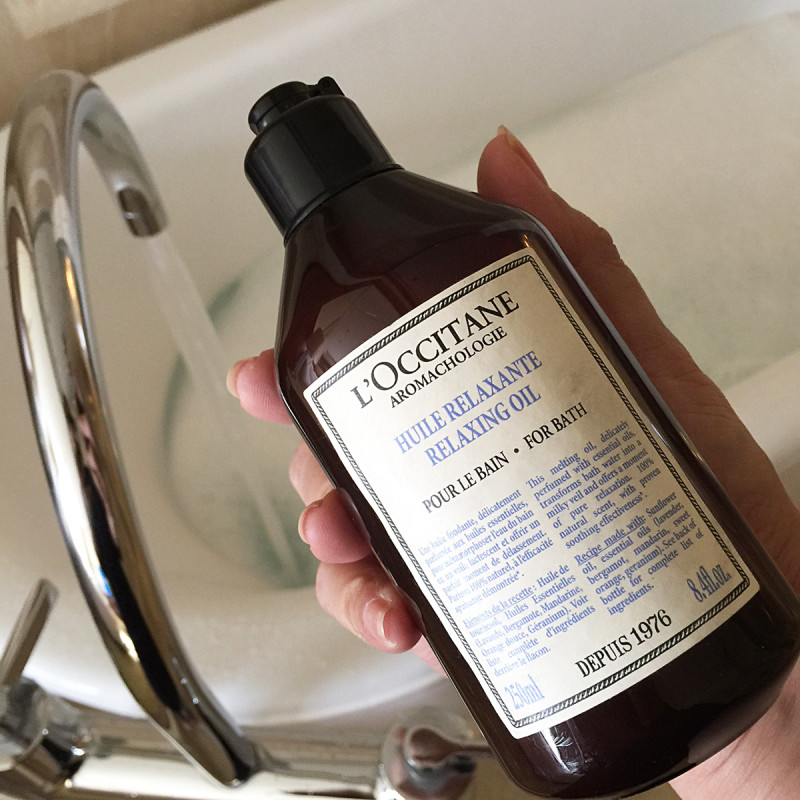 Delicately perfumed with essential oils, this bath oil melts into the water and transforms it into milky softness, for a moment of pure relaxation. Its scent is 100% natural. Available at Rustan’s The Beauty Source.

A really interesting show with a very strong performance by Rami Malek and Christian Slater. It’s creepy and wonderful at the same time.  I loved the way it created these bizarre strands of complexity and through the skillful manipulation of the screenplay along with great direction it managed to twist and turn those strands into a very impressive basket of intrigue and suspense—it will blow your mind! I can hardly wait for the next season! 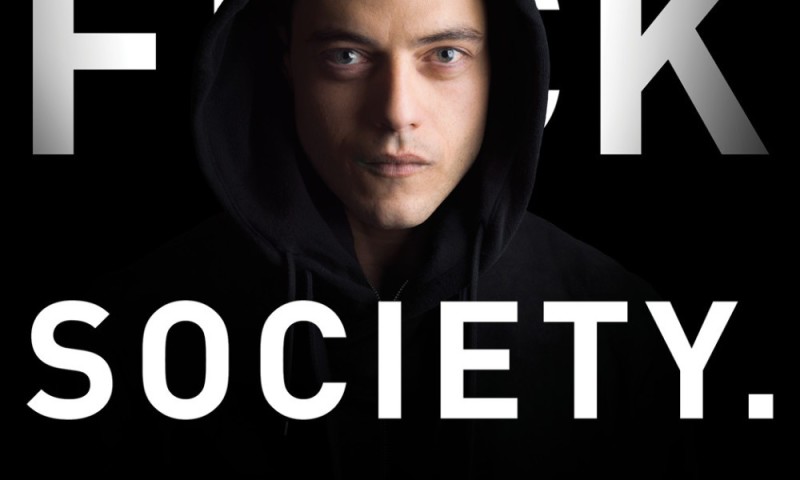 Summary: Young, anti-social computer programmer Elliot (Rami Malek) works as a cybersecurity engineer during the day, but at night he is a vigilante hacker. He is recruited by the mysterious leader of an underground group of hackers to join their organization. Elliot’s task? Help bring down corporate America, including the company he is paid to protect, which presents him with a moral dilemma. Although he works for a corporation, his personal beliefs make it hard to resist the urge to take down the heads of multinational companies that he believes are running — and ruining — the world.

My BFF Tim Yap introduced me to Kumori. They opened their 100-square-meter outlet in SM North Edsa last year and it’s become my new favorite Japanese bakery. Their bread, cakes and pastries are the softest! It’s like eating clouds. OMG. Some of our family’s favorites are the Blueberry Brioche, Parmesan Cheese Bun, and all their cheesecakes! 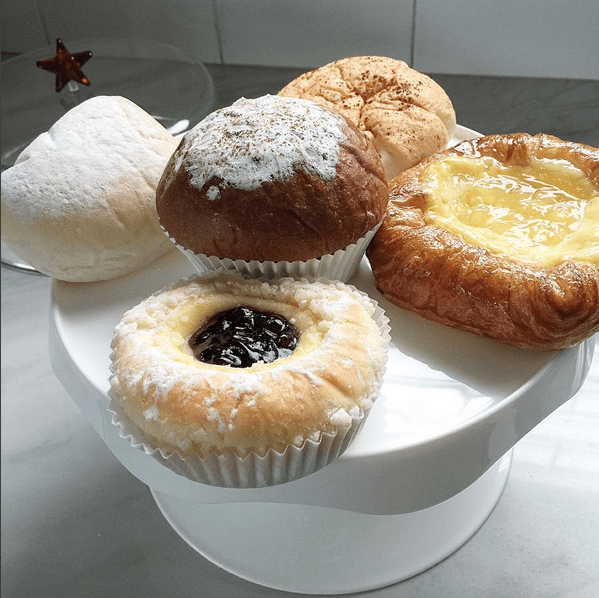 I personally like Japanese cheesecakes as they are light (less dense than Western cheesecakes) and not so sweet. My favorite is Kumori’s Cottage Cheese Cheesecake. I like the bite-sized packs as they are diet-friendly (cottage cheese is less fattening than regular cheese too) and tastes so yummy! It’s lightly sweetened with a salty twist. Try it! Visit Kumori’s branch at the GF of The Block, SM North Edsa. 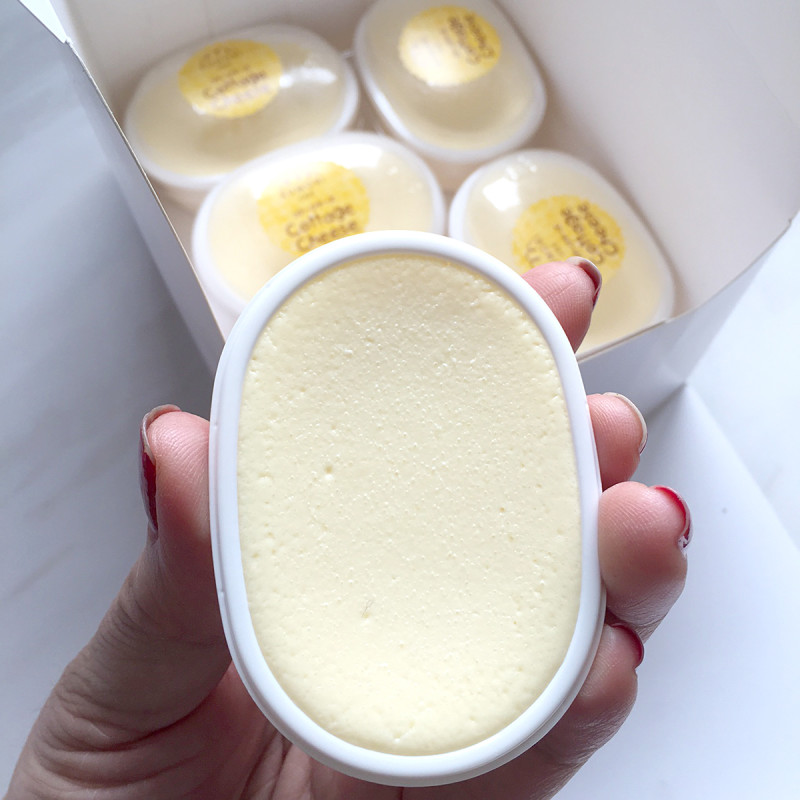 Our 6-year old son Dylan started playing soccer last year. He’s been consistent with his training and he’s really gotten good at it. I love watching him play with other kids. Tom and I are very supportive with our children but we don’t put any pressure on them when it comes to sports. The goal is for them to have fun, learn to play as a team and get a bit of exercise. It also brings me so much joy when my son passes the ball to his team mates and they score.

“People who work together will win, whether it be against complex football defenses, or the problems of modern society.” – Vince Lombardi, American Football Coach 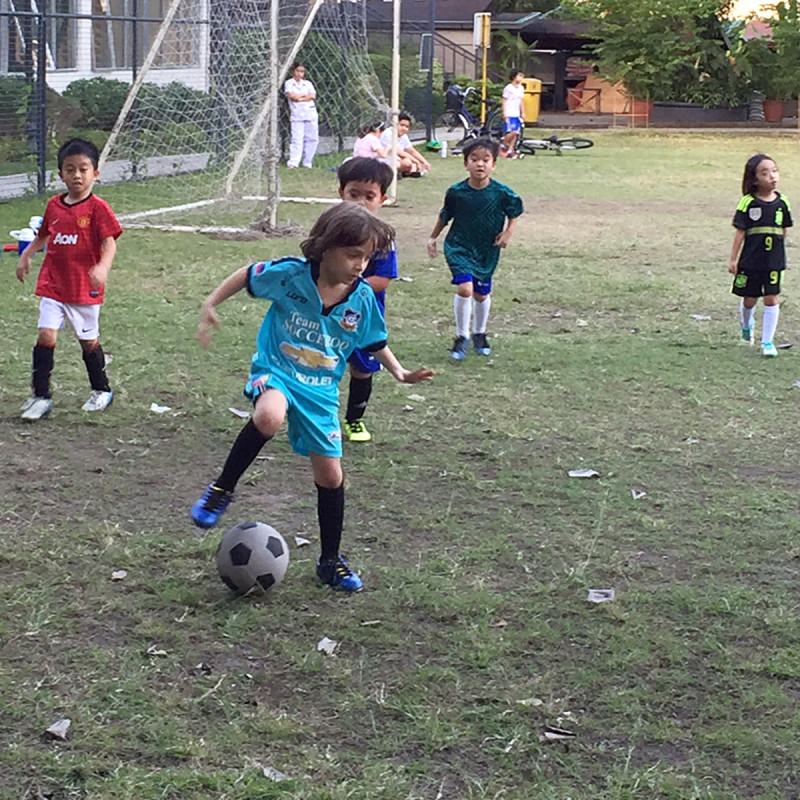 Wolfgang’s Steakhouse started in 2004 in New York. It is named after Wolfgang Zweiner, who opened his eponymous restaurant after having worked a head waiter at the legendary Peter Luger’s steakhouse in New York for more than 40 years. It was during those years where he gained extensive experience in dry aging process of USDA Prime quality beef as well as the steak high temperature broiling preparation process. 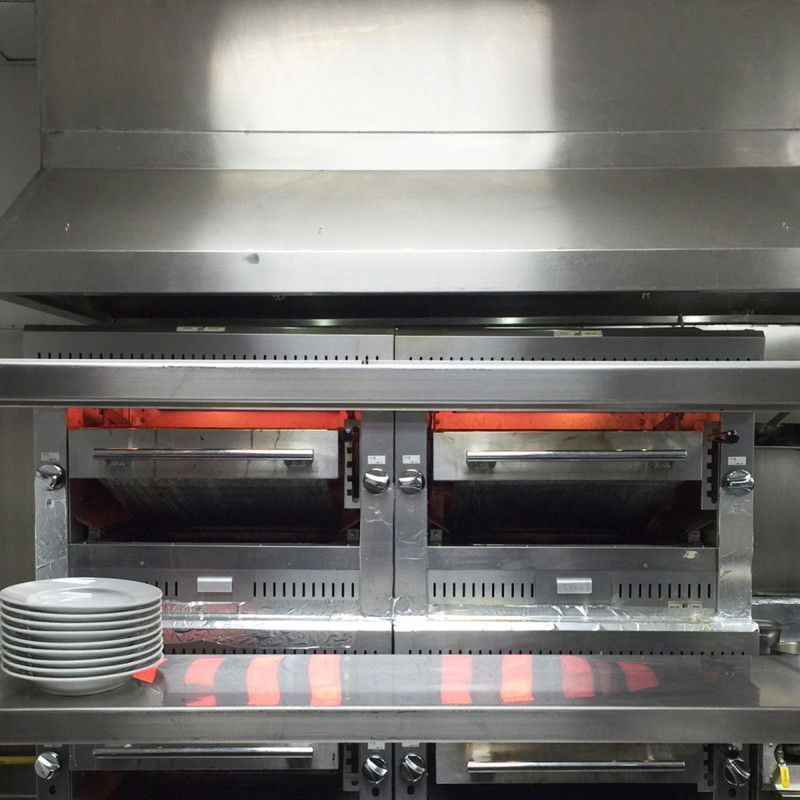 The broilers at Wolfgang’s Steakhouse that produce a deeply charred exterior of their steaks.

I had the pleasure of meeting Wolfgang’s son Peter, Wolfgang’s Steakhouses’ President and Managing Partner during the pre-launch tasting dinner at the soon-to-open (opens to the public on February 19!!) Wolfgang’s Steakhouse in Newport, Resort’s World. Peter shared with me the secret to their steaks: the slices of beef are dry-aged on site to perfection, and then carved by order by the restaurant’s butcher, resulting into luxurious, melting tender and juicy steaks served sizzling hot with a perfectly caramelized crust. Boom! 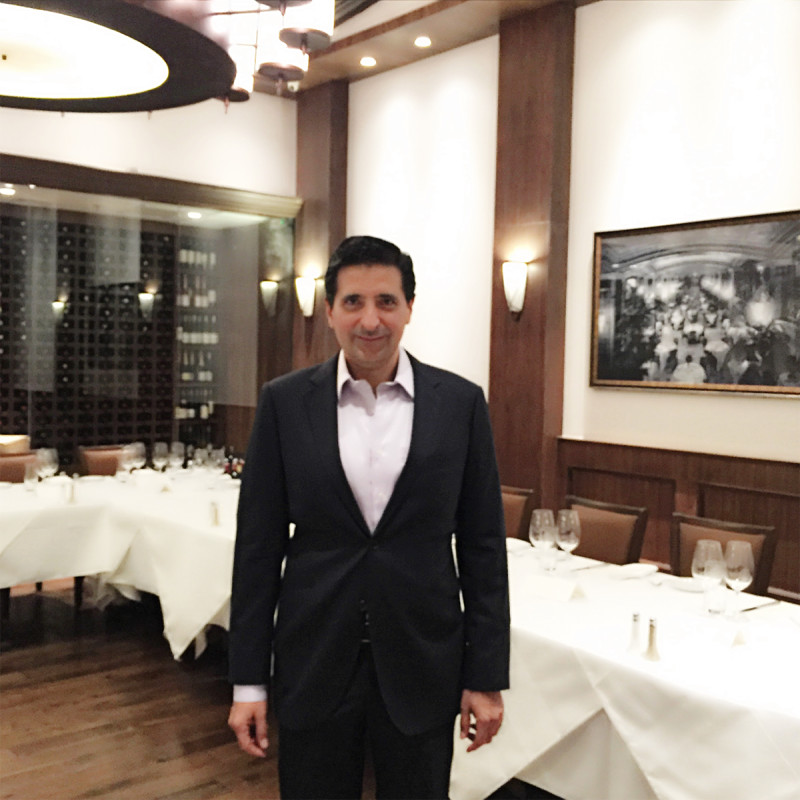 The passionate (and funny too) Peter Zweiner during the pre-launch dinner at Wolfgang’s Steakhouse in Newport Resorts World. 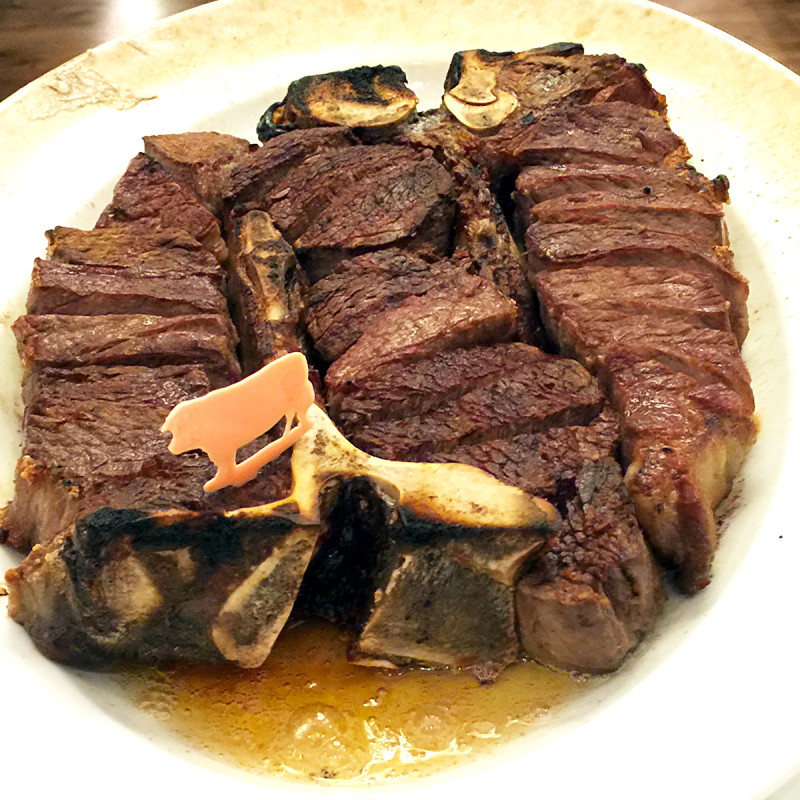 Wolfgang’s porterhouses will appeal to those who like their steaks served in thick slices, crisp and slightly smoky in flavor on the outside, a deep, near ruby pink throughout the center and slightly salty and rich from the hot butter and beef juices from the platter. Oh, they also cook the best salmon. No one tops their crust. 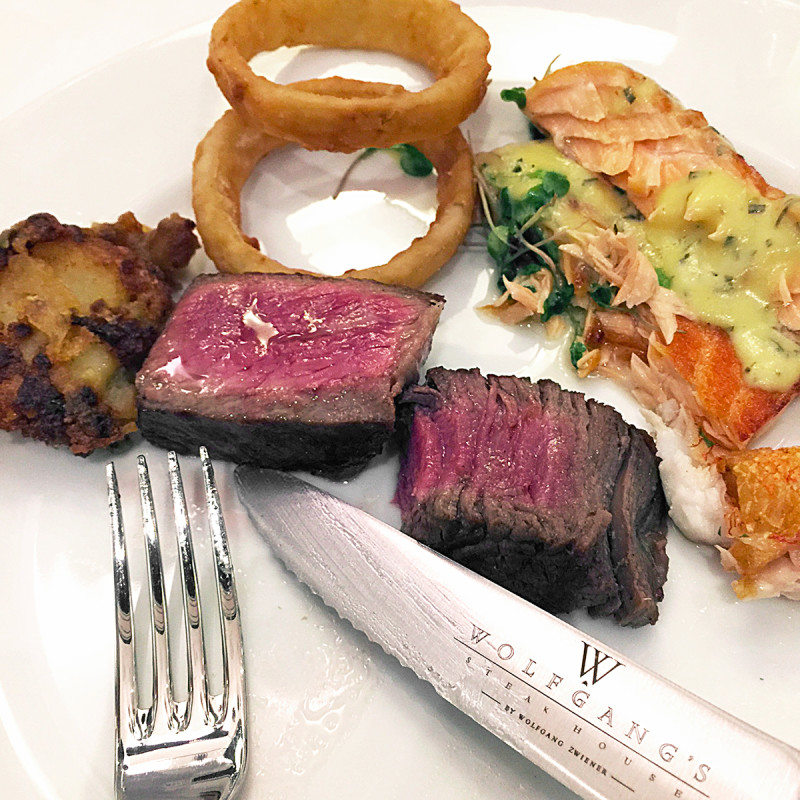